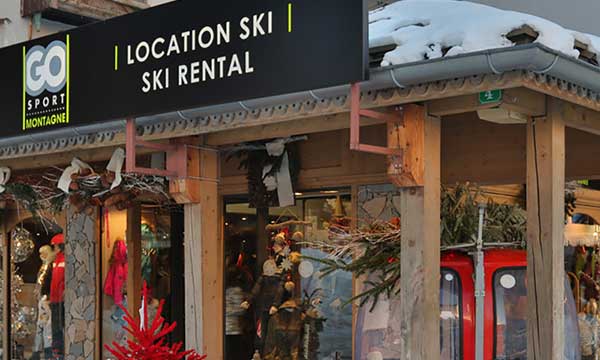 Hire from this shop

Set between Courchevel, Les Arcs and La Plagne, the Vanoise Massif hides many treasures ‒ but none as beautiful as La Tania. Located at an altitude of 1,400 metres, this small resort is among the most beautiful and accessible of the entire massif. It's the perfect setting for a memorable holiday with family or friends. La Tania provides access to the Trois Vallées ski area and its immaculate snowy trails.

With over 600 km of downhill ski runs, Les Trois-Vallées is one of the largest ski regions in the world. Extending along the slopes of Bozel, Les Allues and Belleville, the area encompasses 8 resorts: Courchevel, La Tania, Méribel, Brides-les-Bains, Les Menuires, Saint-Martin-de-Belleville, Val Thorens and Orelle.

With its 339 ski runs (36 black, 110 red, 145 blue and 48 green), the Trois-Vallées ski area gives everyone the opportunity to enjoy snow sports in the best possible conditions, regardless of ability level.

Open to visitors roughly from December to April, La Tania's 150 kilometres of slopes and 55 lifts are sure to provide an unforgettable mountain experience. Located in the world's largest ski region, Les Trois Vallées, at the halfway point between Courchevel and Meribel, the relatively recent La Tania resort ‒ built in 1990 for the 1992 Albertville Olympic Games ‒ provides the best skiing experience for families.
Sharing its ski area with Courchevel, lower-priced accommodations make La Tania a solid, more affordable alternative to the neighbouring resort. At La Tania, you can unleash your competitive spirit by taking part in the "Trois Vallées Enduro", a race that brings together more than 1,000 amateur skiers to compete in several challenges, as diverse as they are entertaining.

Are you a thrill-seeker? Visit La Tania's snowpark and show off your best freestyle skills ‒ or simply sit back and watch experienced freestylers perform their elaborate tricks.

GO Sport Montagne is present in La Tania, with our partner store Ski Legend who will warmly welcome you and always at a good price.

Over the February holidays, La Tania becomes the go-to place for families, providing two weeks of free entertainment and activities specifically for children: merry-go-rounds, kids' snow disco, travel bookshop, performances... A dream come true for little ones ‒ much to the happiness of parents.

The resort is entirely pedestrian and mostly attracts families looking to have a relaxing stay in the mountains.

As for dining options, the resort offers a fantastic range of cozy bistros. Since 2006, La Tania has also been home to a Michelin-starred restaurant, "Le Farçon", run by chef Julien Machet. He was a contestant on season 6 of the tv show "Top Chef" in 2015.

The resort is only 25 minutes from Moutiers train station, an hour and 30 minutes from Chambéry airport and 2 hours from Lyon airport.

La Tania holds the promise of a serene, blissful stay and unforgettable memories. Let GO Sport Montagne accompany you on this adventure by providing you with affordable, high-quality equipment. La Tania awaits you, what are you waiting for?